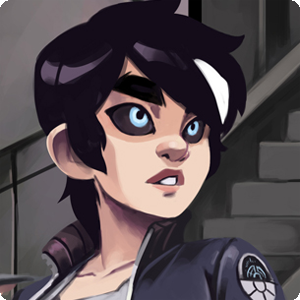 Autodidactic cyborg with a fluid grasp of scientific ethics. Spent a massive inheritance on incredible inventions, only to discover that elevating human civilization doesn’t turn a profit. Left penniless, Kim moves to the technocratic Nephilopolis: City of Giants. 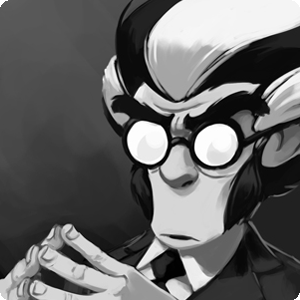 Kimiko’s estranged father and legendary architect of Nephilopolis. World renowned as the greatest roboticist in history. Since his death, Kaito has been elevated to a near-saintly status in Nephilopolis, much to the displeasure of Kim. 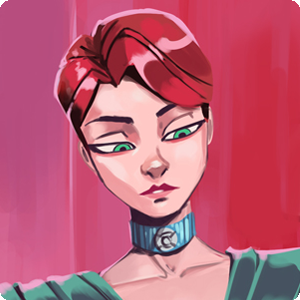 Analytical clerk for the Department of Taste, Vonnie knows every facet of Nephilopolis’s bureaucracy, and takes Kim under her wing. Perpetually fashionable. Perpetually social. Perpetually on the verge of a nervous breakdown. 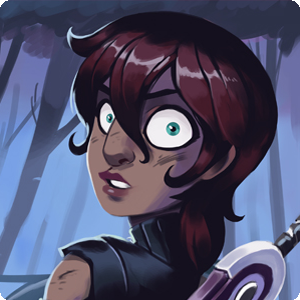 Glamorous face of the Department of Distraction, Asmodea’s job is so demanding, there are several of her. One of those Asmodeas just remembered her name is actually Lilith, which has caused some distress. 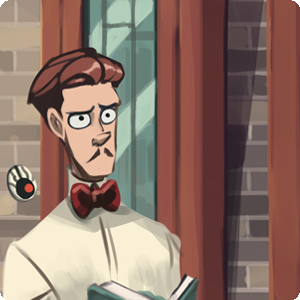 Archaeology teacher for the Department of Instillment, Balthazar has uncovered a strange plot to undermine all scientific research in Nephilopolis. Also there’s a little floaty guy that follows him around, not sure what that’s about. 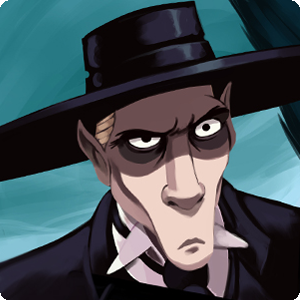 Agent of the Department of Opposition, Melchior deals in menace and all forms of city-approved skullduggery. He is convinced newcomer Kim Ross would make a fine villain, namely a Dark Scientist. 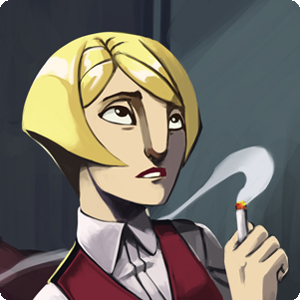 An author so popular her books sell out before they’re written, Caspar is one of the most influential citizens of Nephilopolis. A friend to Kim, Kaito, and anyone who begins to notice the cracks in the system.

Chief of the Department of Congruity, Amon Harthrow is an enthusiastic wielder of executive power. The distinction between a police force and an occupying army is largely academic, after all. 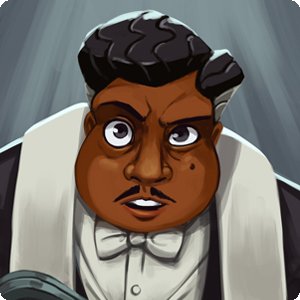 Loquacious agent of the Department of Dissipation, Belphegor always knows more than he rightfully should. He’s also moonlighting as a Dark Scientist. 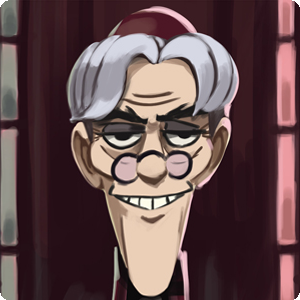 Head of The Church of the Empty Inbox, Father Abaddon has been drinking. If you’ve seen what he’s seen, you’d drink too. 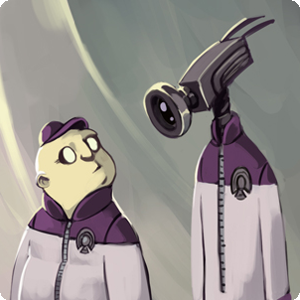 Scrubs for the Department of Congruity. Don’t know nothing about nobody. 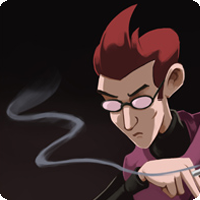 Vonnie Awning’s more poetical brother. Has only seen films that have won Best Picture. Double majored in haikus and smoking a cigarette under a lamppost. Charmingly insufferable.

One of the founders of Tiny Psychology. Famous for the development of tiny dream analysis, as well as the concepts of tiny shadow half, tiny archetype and tiny collective unconscious.

Victorian intellectuals who live on the Moon, Rupert and Hubert entertain the most profound questions of the times, as well as defend their magic castle from varying sorts of Moon-Monsters.