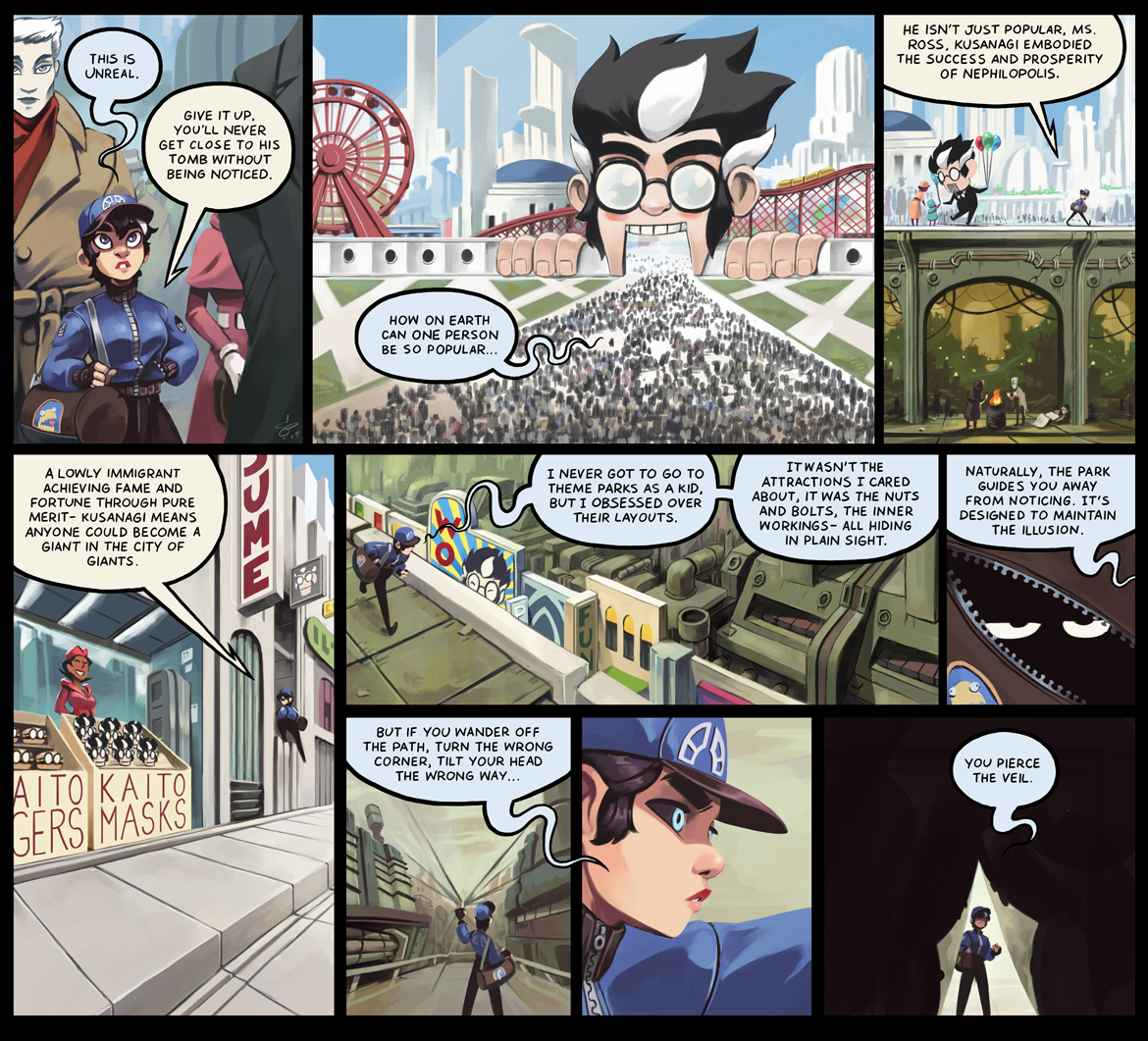 I’m deeply sorry for my prolonged absence over the past couple of months. The comic’s back, with regularity, but I’d also like to share what’s been going on with me and kind of where I’m at.

I’ve had chronic depression since I was about 10 years old, though I didn’t really understand or know this until fairly recently. For those unfamiliar with the mental health specifics, this is different from *being* depressed or upset at a point in one’s life. Rather, chronic depression is a persistent mood disorder that varies in intensity for years at a time. The symptoms include indecisiveness, problems with concentration, fatigue, lack of self-esteem, and a sense of excessive guilt at all times. When one works in a creative field with this condition, all these things tend to develop into impossible self-imposed standards and self-hate. I used to think that these feelings were just a normal part of being an artist, and that I was bad at managing them, but this is not exactly the case.

My obsessiveness over perfection, slow output, and general reclusiveness are not the product of laziness, other obligations, or an artistic choice, but the effects of depression and the anxiety that comes from that. I work on Dresden Codak 7 days a week with essentially no breaks. The reason things slow down to a halt is because the work itself becomes infected. I’ve deleted entire pages that I’ve worked on in misguided fits, or redrawn stories over and over again for weeks before having a panic attack. For those who’ve followed Dresden Codak for a long time, you’ll notice that the length of time between updates never correlates with the “difficulty” of the page. The problem isn’t an issue of workload, it’s an issue of mental health.

I’m sharing all of this not as an excuse, but rather to be more transparent about what’s going on in my life and what I’m doing to move forward, as I think you’ve all earned that with your support and patience. Making comics more regularly and finishing commissions is not going to come down to freeing up more time or simply changing routines, it’s going to come down to treating depression and improving my mental health. I don’t have health insurance, but I am taking steps moving forward to work this out. I’ve never not loved making comics, and I’ve never been burned out on Dresden Codak. I want to do this forever, and with your support, I hope to get better as a person and be able to make so much more.

That’s it! Thanks again for your support and patience. And as an aside- if I don’t respond to your emails, messages, or posts, it’s never because I’m ignoring your or taking your feedback for granted. 100% of the time it’s because I’m too anxious and/or ashamed to respond. But I’m working on that too!