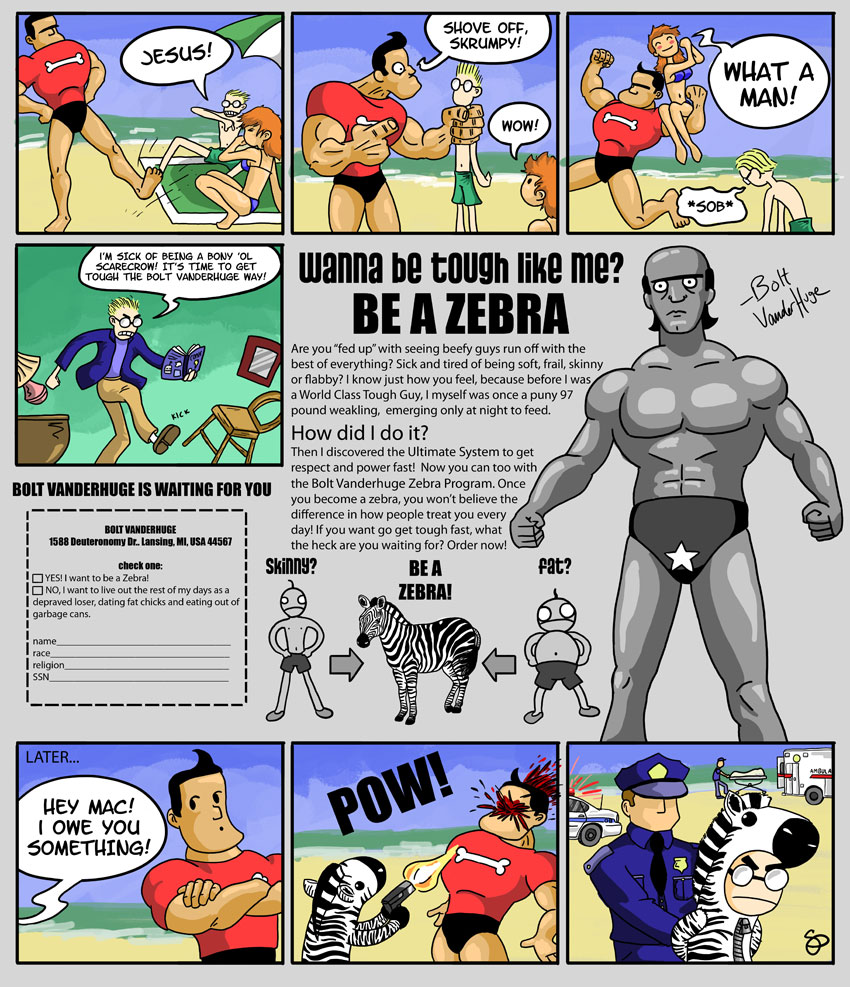 When I was a boy of ten I was convinced that I had been killed repeatedly in my own lifetime. I reckoned that most people had been killed pretty often, but each time death approached their consciousness would slip into an alternate timeline where whatever killed them was either nonlethal or nonexistant, leaving observers a dead body, unwise to the escape. How many times, I wondered, had an airplane fallen on my house or crocodiles invaded my room, only to have my mind flee to a safer plane of existence? Where this true, and one also assumed that there are an infinite number of universes to choose from, then every person on Earth would eventually exist in a world where they were the oldest living thing, their apparent immortality unexplained by conventional science. Knowing this, I decided to test my hypothesis: if I were to die, then I was wrong. But if I didn’t, my theory was true.