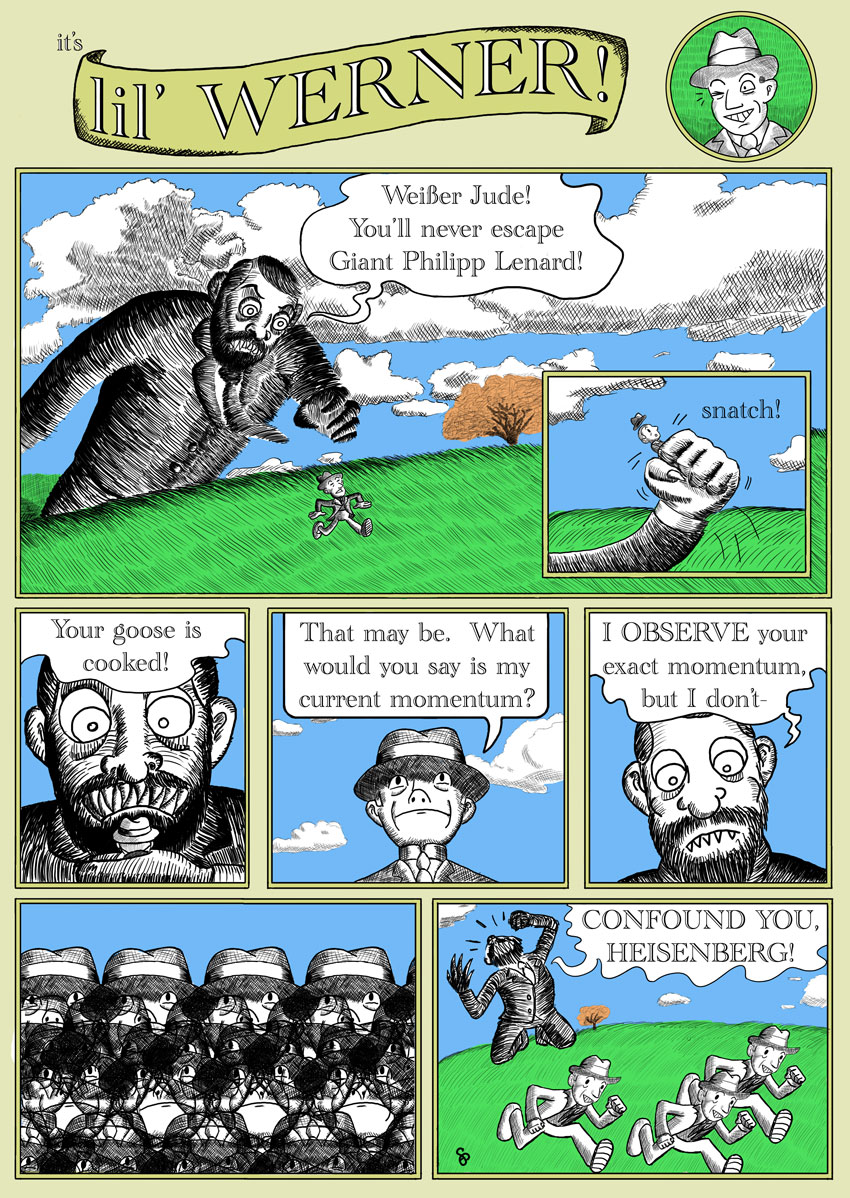 I’ve been meaning to parody Nazi physics for a while now, so here it is. Told you I was big on Edward Gorey. Though I’d be a filthy liar if I proclaimed disinterest in drawing this way, don’t expect seeing it too often. It done take too long.

In news, some people believe teen heartthrob and media cacodemon Oprah Winfrey to be a Zulu. Among other things, this helps explain her fierce rivalry with Michael Caine.