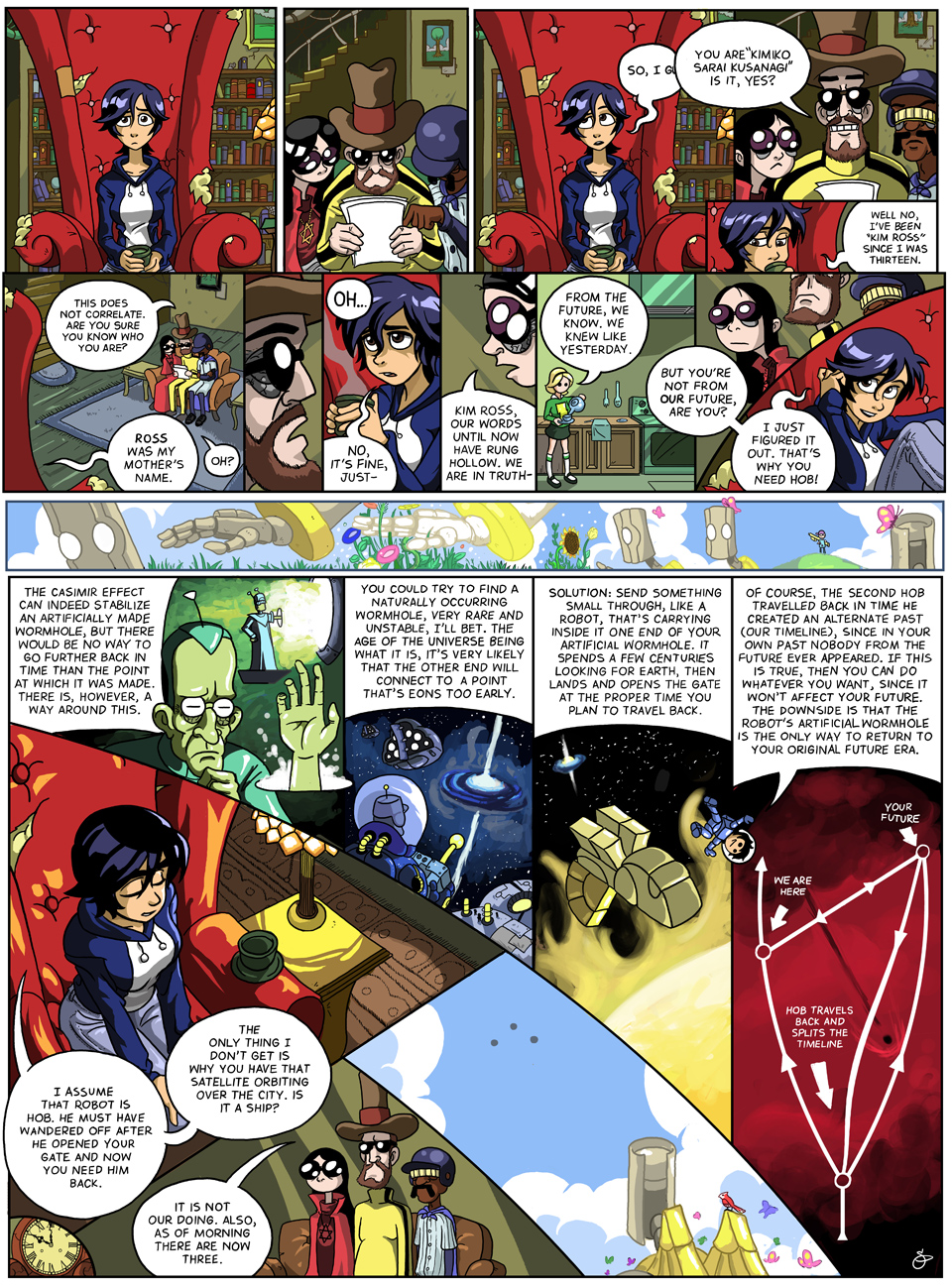 The following was taken from a cave wall painting in southern Tunisia more than 300,000 years ago. Fossil evidence suggests that the author was of the species Homo erectus.

“Enough is Enough”
A Thinking Ape’s Critique of Trans-Simianism

To further expound upon the topic of last week’s installment, I will address the more specific claims of Dr. Klomp and his radical theory that has been gaining wider acceptance throughout the community.  Once again I would like to thank our readers for sending in your fish bones and boar hides in support of this journalist’s campaign to expose Dr. Klomp’s trans-simianist prattle for what it is: a collection of wishful thoughts out of keeping with any factual evidence.

The term ‘trans-simian’ comes from the shortening of ‘transitional simian,’ a concept Dr. Klomp has developed to describe an individual who is in an evolutionary transition from simian to post-simian, though Klomp himself admits that he is not entirely clear what a true post-simian would be.  Characteristics exhibited by a trans-simian include augmentation of one’s natural abilities with ‘tools,’ as well as one’s mental capacities with what has been dubbed ‘culture.’

Klomp’s primary argument rests on what he calls the ‘Quickening,’ an imagined point somewhere in the future when the advancement of ‘culture’ occurs so rapidly that its pace will far exceed that of biological evolution.  In his own words,

“There will come a time when within a single generation we will develop one or possibly even two new ideas… Current advancements in the ‘bow’ and ‘arrow’ industries suggest an exponential trend in the expansion of our technological capacities.  We are able to perform hunts in a fraction of the time it took our ancestors, thus freeing up valuable time to ‘ think ‘ of new ideas. In the post-simian world, we may develop into a species that is not only intellectually superior to our current state, but capable of feats beyond the comprehension of a contemporary simian.”

Pardon this author for not holding his breath.

Notice that Klomp cherry-picks discoveries to better support his argument of an exponential growth.  It took more than a million years to develop fire and the hand-ax, and yet Klomp believes simply because it took only 2,000 years to develop bows and arrows that new inventions will spring up in even shorter timeframes.  This theory is an expansion of ‘Morg’s Law,’ which states that since a sharpened rock can in turn become a chisel to make an even sharper rock, that the sharpness of hand-axes will increase exponentially over the span of tens of thousands of years.  While Morg’s Law has so far proven accurate, Klomp can’t escape the reality that there is an upper limit, namely that a rock can only become so sharp.  We have already noticed a slight decline in the growth of hand-ax sharpness, but Klomp insists that when the potential of stone axes becomes exhausted, new materials will be discovered to replace the rocks and continue the exponential trend of sharpness.  As of the time of this article, however, he has provided no evidence of what these miracle rocks are.  Klomp also argues that there will come a time when we will use tools to create other tools, though naturally this is a laughable fiction since there has never been any recorded evidence of a tool making another tool, or even any records for that matter.

“the ability to store memories and thoughts outside our brains onto physical media, perhaps on flattened tree bark.  To achieve this we will have to overcome the problem of turning words, which are sounds, into things we can see, but given current trends this is an engineering issue that will ultimately be resolved.  This will be the real catalyst for the Quickening, when the memories of one generation will literally become immortal and then build upon the memories of the next, creating a sort of mass mind that experts in my field are calling “history.” In the post-simian world our era might even be referred to as pre-history.”

Here we see Klomp’s predictions descend from unsupported speculation to sheer fantasy.  His recent cave painting, The Quickening is Near, explains in great detail different methods we may employ to transform words into some kind of visible format, but all are incomplete.  The simple fact remains that words are sounds, not pictures, and no amount of wishing will change that.  Even if such a thing were possible, it is doubtful that many would wish to store their memories externally.  This author, for one, would prefer it if his memories stayed in his head and not on some cold, lifeless bark.

The most shocking of Klomp’s predictions, however, is that we apes will have little or no place in the post-simian world.

“As technological progress outpaces biology, new selective pressures will arise that will force our species to evolve mentally and physically beyond what we are now.  This is the same trend that gave rise to our own intelligent species, but it will only accelerate in the coming generations.  Our new environment increasingly favors higher dexterity and intelligence, and so the true post-simian will not be an ape at all.  It will share some similarities with the modern ape, but at the same time possess capacities far beyond our comprehension.  The thought capacity of a single post-simian could be greater than the combined brains of every ape in the world.”

More intelligent than an ape?  Klomp fails to explain just what a post-ape can think of that we mere mortals cannot.  The capacity of the simian mind is already far beyond any animal in the world:  We are capable of using speech to let others know where we are, where to sleep and eat, and where to find shelter when it rains.  Exactly how fast do we need our brains to be to figure these things out?  When will we decide that enough is enough?

Let us assume, for the sake of argument, that such a post-simian future is possible or even probable.  Is it really a world we should want to strive for, where our very ape nature is stripped away in the name of efficiency?  Technologies such as the bow and arrow already desimianize the act of hunting.  While our ancestors were able to experience the pure ape feeling of clubbing an animal to death with a rock, we are left with the cold, sterilized bow that kills cleanly and quickly from a safe distance.  This separation from basic daily activities is a slippery slope.  What would happen if we no longer had to gather fruits and nuts, and they simply grew wherever we wanted them, or had drinking water flow right to our feet instead of wandering in search of streams for days?  These seeming conveniences would rob us of what it means to be an ape.  Klomp predicts that through a technology called ‘hygiene’ we could extend the simian lifespan well into the late 20s or possibly 30s.  What exactly will the post-simian do with all that time?  Do we really want to live in a society populated by geriatric 27- year- olds?  In living so long and spending so much time ‘thinking,’ do we not also run the risk of becoming a cold, passionless race incapable of experiencing our two emotions (fear and not fear)?  How much of our simianity are we willing to sacrifice for this notion of progress?

Rest assured that while Klomp may have accru ed a recent following, there is no reality to his fantastic claims.  What is concerning is the increasing number of young apes spending less time clubbing animals and more time ‘inventing,’ ‘thinking’ and ‘creating,’ none of which contribute to the preservation of the simian way of life.  These sorts of fads come and go, however, and this author is confident that in a short while everyone will have forgotten about Klomp and the notion of being anything more than an ape.”

-Thog
Professor of Finding an Animal and then Killing It,
The University of the Woods