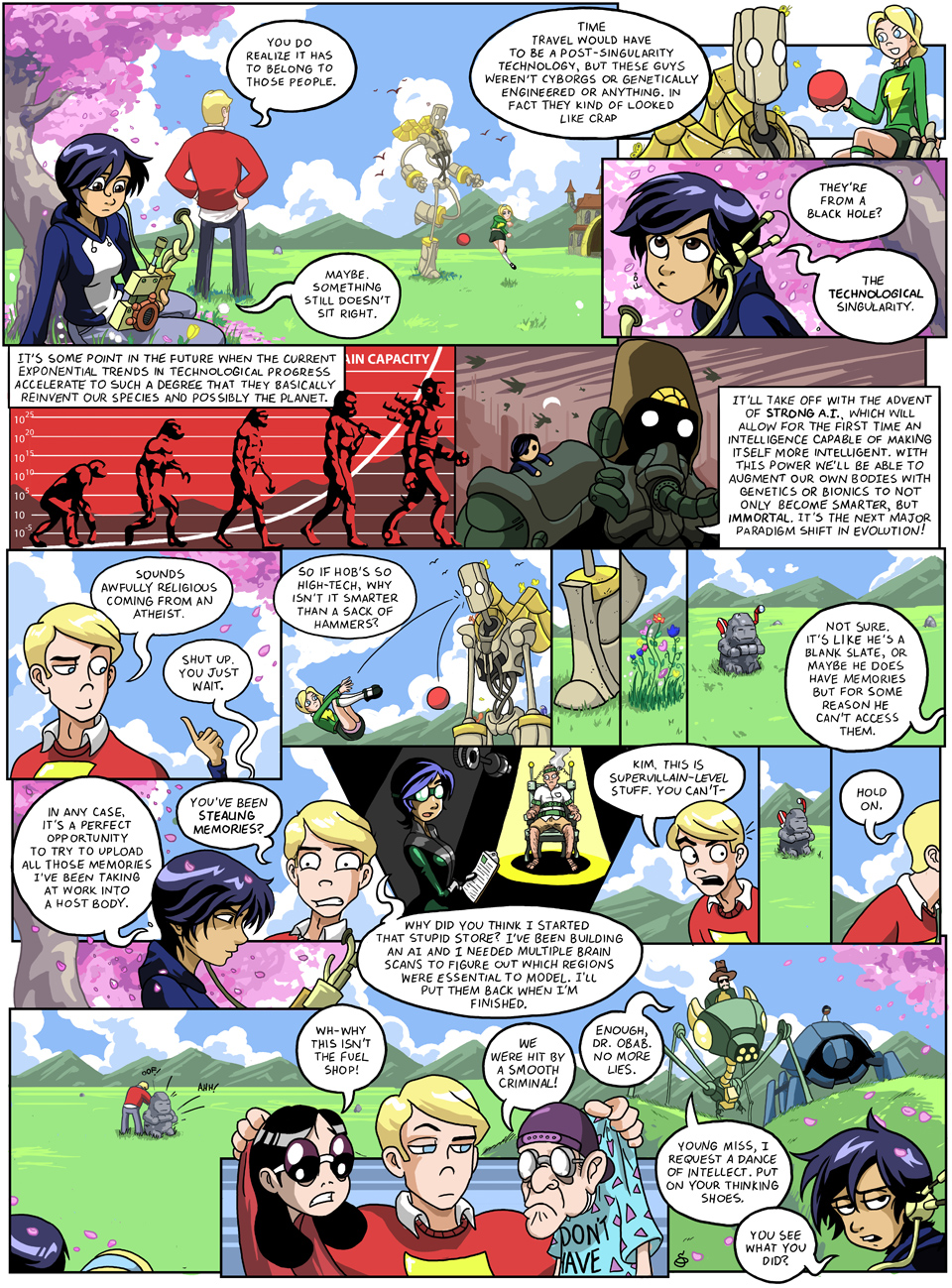 Many things to discuss today, kids. First off, I will be at the Portland Zine Symposium next weekend on Aug. 11-12. I will be selling prints of my comics at painfully cheap prices, as well as some Perfect Stars anthology books. There will be some other hip cats there too, like Brian O. Admission is free, folks, so if you’re in the area stop on by and we’ll have a good time.

Today’s comic directly addresses what Kimiko has hinted at for a while, namely her obsession with what might be called nerdly body modification. In fact, she has even taken it upon herself to choose a theme song for herself. It’s a catchy tune, outlining all the basic ideas of those wacky folks who are preparing for the Singularity.

Also, thanks to everyone who became my friend on the Facebook thing I started. If you do have Facebook but you don’t want to be my friend (I know I have flaws), you can always just join the Dresden Codak group.

In other news, that Gorilla Guitar Hero video I made a couple weeks ago actuall caught the ear of the song’s performers, Freezepop, and they liked it so much they sent us t-shirts!

Also also, there is an interview up about me on the magnificent Kidnapped by Gnomes comic.