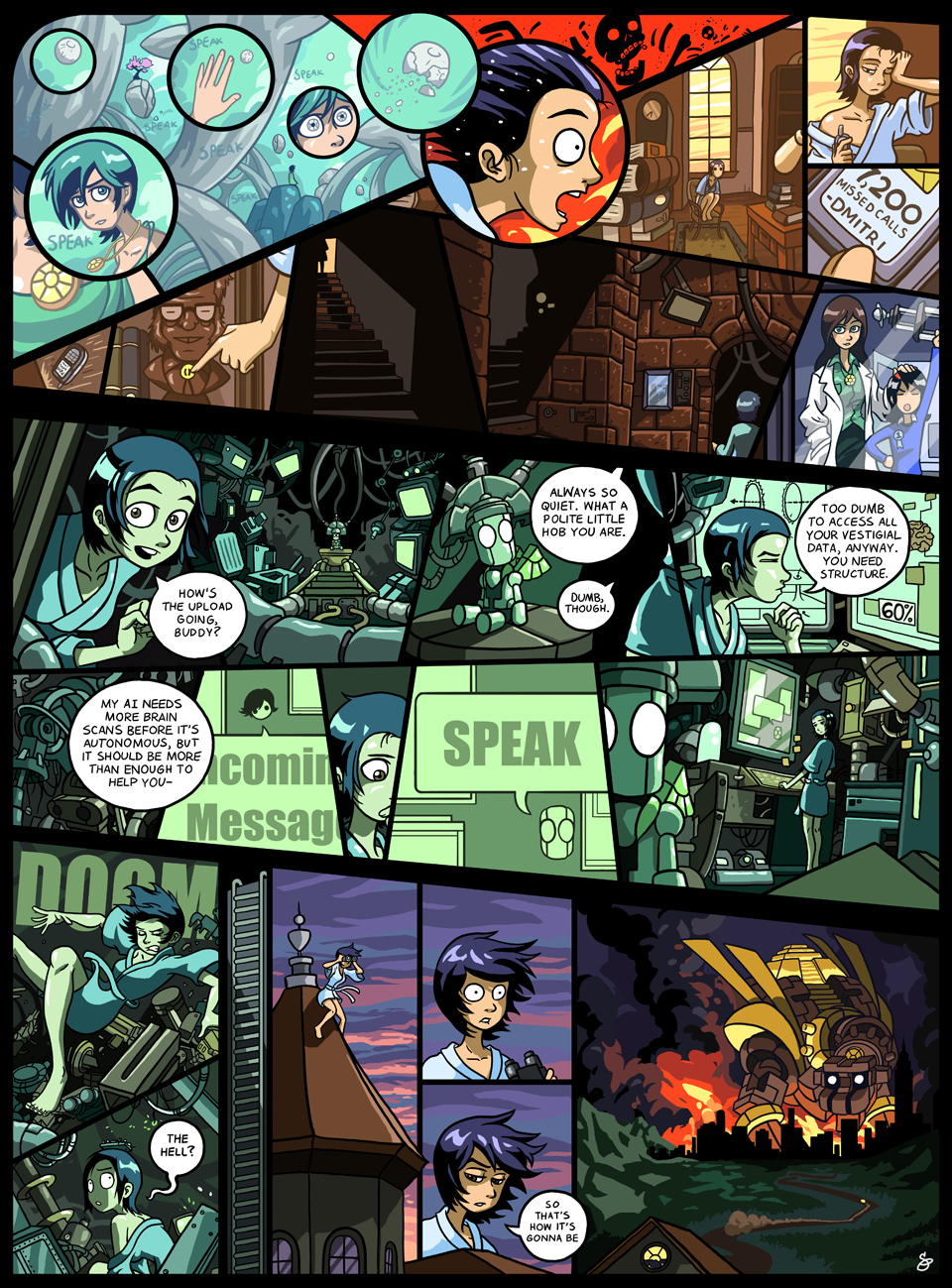 The Science of Hob, Kind Of

Ever wonder why extremely advanced machines in science fiction often have an organic look and are sometimes able to morph in decidedly unmechanical ways? The term nanotechnology is tossed around a lot as an explanation, but that covers a very wide range of technologies and can have a lot of meanings. One particular way of achieving such a sophisticated machine is to use utility fog, or foglets for short.

Foglets are hypothetical microscopic robots that are able to extend and retract their arms in such a way that would allow them to perform complex structural reconfigurations, similar to how carbon, depending on its lattice structure, can take the form of different substances like diamond or graphite. Since the color, hardness, shape and opaqueness of an object depend on the spacing and orientation of its molecules, foglets would be able to take on virtually any appearance. Extending their arms widely enough and they could become invisible and seemingly intangible (hence the name “fog”), or shorten and become a durable solid.

Each individual foglet wouldn’t necessarily be very smart, but since they can easily form conductive pathways with one another they would be able to share energy and information at a blinding speed (generally the smaller the scale of computation, the faster things can get due to simplified entropy). In short, utility fog can function as a shapeshifting supercomputer. Hob’s body functions in a similar way, with no central processor but instead trillions of molecular robots all carrying data, changing shape and performing operations. In Hob’s case, the actual computations are performed at the molecular level, similar to a chemical computer. This is what Kimiko means in Hob #7 when she says he could be cut down almost to the molecule and still function. Presumably Hob’s “operating system” and memories are safely stored on only a few foglet-type molecules that are repeated over and over, which is why he’s referred to as somewhat holographic.

Constructing foglets is theoretically possible, but our construction capabilities aren’t yet refined enough to build these little robots molecule by molecule. Give it 20 or 30 years, though, and we may see the “Swiss Army knife” of nanotechnology do some incredible things.